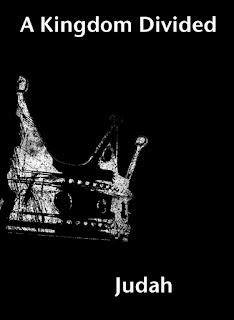 The Jews would stay in captivity for 70 years, like the prophet Jeremiah had foretold.
Posted by JCPennyT at 6:00 AM

How sad that a once good and righteous king who brought so much wealth and safety to his people had to leave this world in such a shameful way. But, sin always costs more than we think it will. And, Uzziah had to find that out the hard way!
Posted by JCPennyT at 6:00 AM

Nahum 3:7- And it shall come to pass, that all they that look upon thee shall flee from thee, and say, Nineveh is laid waste: who will bemoan her? whence shall I seek comforters for thee?
Zepheniah 2:13- And he will stretch out his hand against the north, and destroy Assyria; and will make Nineveh a desolation, and dry like a wilderness.
And, what became of Jonah?
Well, perhaps Jonah had heard Elijah preach. It's possible that Jonah had been one of the sons of the prophets that were under Elisha's teachings. Jonah, perhaps, could have become the next great prophet!
But, Jonah refused to care. Jonah refused to repent. And, Jonah wasn't used by God ever again because of it.
Posted by JCPennyT at 6:00 AM