-The Little Baptist by J. M. Martin
Posted by JCPennyT at 6:00 AM

Dry brushing is brushing your skin with a natural bristle brush while it is dry to promote circulation and help eliminate toxins in the lymph system by stimulating it's flow. It's really easy, you start at your feet, or hands, and gently brush along the path of lymph drainage. Most people like to do this right before a shower.
The lymphatic system carries our white blood cells through the body. It is our "navy" that rids the body of waste and toxins and gets our infection fighting "soldiers" to where they need to go.
The lymphatic system is made up of lymph vessels and lymph nodes. Lymph is a clear fluid that runs through these vessels in only direction- into the nodes. The nodes drain the toxins and waste from our body. About 75% of the waste drains out our left armpit. Other locations are the neck and groin area. 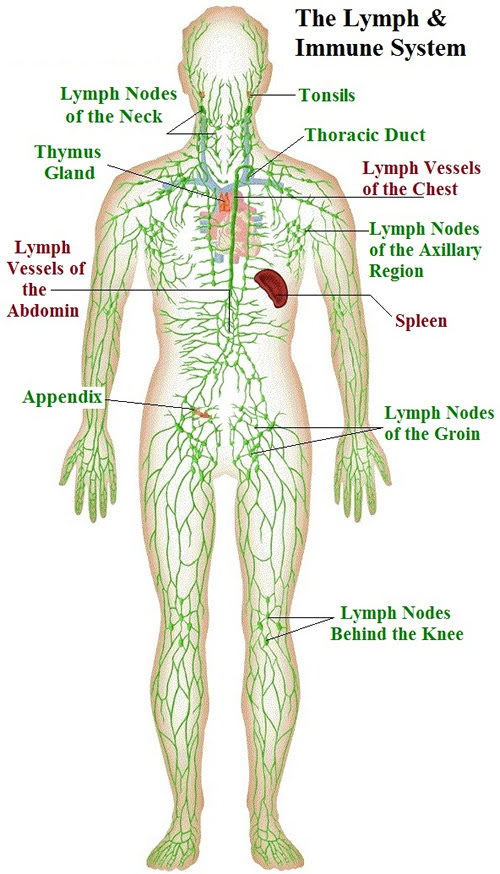 Trouble can occur when these lymph nodes become blocked, locking the toxins in our body. By dry brushing, we help the lymph circulate and rid the body of toxins. It's best to do this right before you sweat. And, always drink a lot of water- dehydrated people don't sweat and this can cause problems of it's own!
The best brush is an all natural bristle brush, preferably with a handle so you can easily reach your legs and back. It can be done all over the body daily, or gently on the face once or twice a week. You should always start on the left side of the body (except in the stomach region, where you follow the flow of the colon from right to left).
It sounds a little weird, and maybe painful, but it's not. And it comes with a host of benefits!
It helps to remove the dead skin cells on the surface of your body, which makes your skin feel softer and look healthier. It's said to increase energy and circulation, and even lessen the appearance of cellulite.
The act of dry brushing is calming and can help reduce stress levels. It also helps with your kidney and spleen function and digestion, because when the lymph nodes are flowing normally your body can get rid of excess water and toxins helping your organs do their jobs.
For tips on how to, please watch the video below:

You can also watch this video, but I warn you that the lady wears a bikini and shows a picture of the lymphatic drainage flow that isn't modest! But, I wanted to include it because she shows exactly how to do it as you would during your home routine.

My friend's little girl was having tummy troubles. She went to the doctor and found out that she was severely constipated. They told her to put her on laxatives to help her move thing along.
The laxatives worked a little too well and she ended up with the runs.
She didn't understand what they were and this conversation ensued:
"When you go to the bathroom and you poop you need to tell me." her mom said.
"I didn't go poop. I only went pee." she replied.
"No, you did go poop. It's just liquidy and sounds like pee. It's called having diarrhea." her mom informed her.
Later, as she and her brother were playing she got up and ran as fast as she could to the bathroom. Barely making it onto the toilet in time she yelled to her mom, "Yep! It's bacteria again!"
Posted by JCPennyT at 6:00 AM

I would normally do a book review here, but I wanted to let everyone know about this publishing company- Calvary Publishing.
Calvary Publishing is a Baptist owned and run business that gets great old books that are no longer in print and re-publishes them. They have a wide range of topics and subject matters to chose from- biography, historical, fiction, and others. Their prices are very good.
They also will publish your books, tracts, prayer cards, postcards, banners, bulletins, bookmarks, and  more for close to cost.
Their sister companies also help those in the ministry:


All of these ministries are run out of a local church in Lansing, Michigan called Parker Memorial Baptist Church.  They are an old-fashioned, KJV Bible believing, Baptist Church pastored by Dr. Don Green since 1955.
Posted by JCPennyT at 6:00 AM

Here is a message from Missionary to Indonesia, George Jaggy.

God promises at the end of the Bible, in the book of Revelation, that there will be a new heaven and a new earth. But, something happens before this where the Lord "cleans house".

Christ came to the earth about 2,000 years ago and he came to save sinners. He lived for sinners. He died to pay for their sins. And, He rose again. Anyone who goes to hell ends up there because they chose it.

I'm always looking for good gluten free recipes. This is the best cake recipe that I have found. If you want to make it a Yellow Cake, then I suggest buying white chocolate powder off of Amazon and substituting it for the  cocoa powder.

Instructions:
1. Preheat oven to 350 degrees Fahrenheit. In a medium sized bowl, mix together the flour, cocoa powered, salt, baking soda and baking powder. In a large bowl, cream together the butter and sugars. Add the eggs one at a time and then add the vanilla and mix again. Finally add the milk and mix one last time. The wet mixture might look a little strange at this point, but that is ok!
2. Add the flour mixture and the Greek yogurt to the wet mixture, one half at a time alternating between the two, starting with the flour. Give the batter one last mix until everything is combined.
3. Grease three 8 inch cake pans and equally distribute the batter into the pans. Bake cakes for about 30 minutes or until an inserted toothpick comes out clean. Let the cake cool inside the pan for ten minutes and then transfer to a cooling rack.
4. Once the cakes are cooled, transfer to a plate or cake stand and stack the cakes on top of each other, frosting in between each one. Frost the top and sides of the cake, smoothing out with a knife if necessary.
Notes *I have only made this recipe using Bob's Red Mill Gluten Free 1:1 Baking flour, I'm not sure if it would turn out the same using a different gluten free flour.

In your stand mixer with the paddle attachment, whip the butter and peanut butter until smooth.  Slowly add in the powdered sugar in 1/2 cup increments.    Add the milk and vanilla and whip until very smooth and spreadable.  Store in the fridge.  Can be made up to 3 days ahead of time.

*these recipes are a mixture of recipes from the She Likes Food website and the Instructables website.
Posted by JCPennyT at 6:00 AM

Two gates, two ways, two paths for all,
And all therein must go;
Each soul on earth is making choice
Of life, or endless woe.

An open gate, a broadened way,
An easy, flowery path;
And souls unwary throng therein,
But oh! It ends in wrath.

A straightened gate, a narrow way,
A path the saints have trod;
A light to guide by night and day,
And oh! It leads to God.