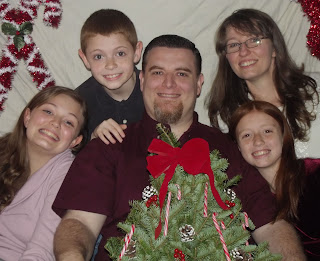 Luke 2:11- For unto you is born this day in the city of David a Saviour, which is Christ the Lord.
John 3:16- For God so loved the world, that he gave his only begotten Son, that whosoever believeth in him should not perish, but have everlasting life. 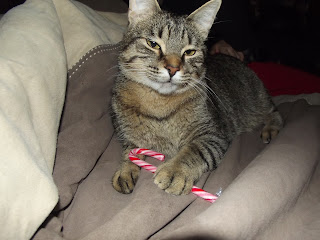 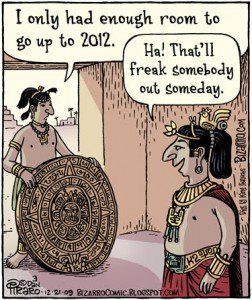 A man that hath friends must shew himself friendly: and there is a friend that sticketh closer than a brother. 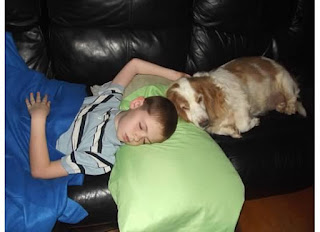 Coral Calcium is an all natural supplement that is made from sea minerals. It is full of lots of amazing things! Besides calcium, it contains coral which has over 70 different minerals in it. Don't worry about the sea floor- it's made from fossilized coral. It helps with bone growth and is an antioxidant. It is also highly alkalzing on your body.
I don't think there's any one superior brand out there. This video isn't professional, but it contains a lot of information about the benefits of calcium.

Every little child wants to be a prince or a princess. As we grow older we forget these dreams for "reality". But, we need to realize that we are children of the King of kings. There is still an enemy to face and battles to fight. Our actions and speech should reflect the royalty of our family's heritage.
The Terrestria Chronicles follows Josiah from a slave to a Prince saved by King Emanuel. It shows the mistakes that most Christians make and some of the consequences for making these mistakes. It will help those of all ages to grow in the grace of the Lord and will give them the knowledge of how to respond to certain situations. It can teach you to honor Christ and help build character while taking you through a wonderful land of knights, castles, dragons, and princes and princesses.
To read more, or to order, click here.
Posted by JCPennyT at 7:22 AM

John Corbly was a Scots-Irish boy born in the mid-1700's in Ireland. He came to America at the age of 14.
Many things befell this man. He served in the Revolutionary War. He was imprisoned for refusing to pay taxes to the Anglican Church, and yet preached from his jail cell. He lost most of his family to an Indian attack. Two of his daughters survuved the Indian attack, but had to undergo several surgeries which drained him financially. He was accused of being a part of the Whiskey Rebellion and arrested, although there was no evidence and no trial.
The most amazing thing about this Baptist preacher was not the terrible things that happened to him, but what he did in spite of these terrible acts. He knew that God had spared him from the Indian attack for a reason. He went on to help plant 30 churches and pastored the Goshen Baptist Church from it's beginning unil his death in 1803. The church's name was then changed to the John Corbly Memorial Baptist Church where it can be found today in Green County, PA. He lived to see the Second Great Awakening in America, and is an example that God's grace is sufficient no matter what the circumstances may be.
To learn more, you can read the book Pastor John Corbly by Don Corbly or you can visit the Corbly Family Blog.
Posted by JCPennyT at 9:44 AM

It's Through The Blood (song)

There's only one thing that can save a lost sinner, and cover the sins of a saved person- that's the blood of the Lord Jesus Christ!

My brother-in-law has this rule that whenever one of his kids say they're bored that they have to clean something. You would think that knowing of this rule would keep children from complaining that they're bored, but it doesn't!
So, on one particular day his little girls said, "I'm bored."
As you can well imagine, their Daddy enforced his rule by saying, "Go clean your room." After 5 minutes, they came back to tell him that their room was all clean.
He went in to inspect this statement, and to his utter dismay the room was completely clean. He looked in the closet, checked under the bed, and was about to congratulate them when he noticed the window was open.
Sliding over to close the window, he noticed the reason the room was so completely clean in such a short period of time- Out on the front lawn was everything that used to be in the little girl's room!
Posted by JCPennyT at 9:25 AM

Preheat oven to 325*.
Heat cream and half-n-half to boiling over medium heat, stirring constantly. Stir in chocolate and remove from heat. Stir until chocolate is melted.
Beat sugar, egg yolks, vanilla, and salt. Gradually add to cream beating until smooth.
Line a greased casserole dish with baguette slices. Pour 2 cups cream mixture on top. Let it set until soaked up by the baguette. Repeat with remaining. Sprinkle with almonds.
Place dish inside of a roasting pan and pour 1" of boiling water into the roasting pan around the casserole dish. Bake at 325* for 1 hour and 50 minutes.
Posted by JCPennyT at 8:20 AM

A look at the lives of Naboth, Ahab, Jezebel, and Elijah the way you've never thought of them before. Our actions all have consequences! It may take years before we face them, but payday will come!
Payday Some Day by R G Lee

I decided to search
Through the world for a place
That would best suit my need
In the fast life race.

I went to the world
And stepped through the door,
But my tears fell unnoticed
On that cold, careless floor.

So I looked to my firends
To see what I found there,
Yet their lives were too busy
With many of their own cares.

Then Jesus said, "Come,
Trust, believe, and obey.
I'm sure you will find
There's no other way."

I looked at that man,
And said, "What will you do?"
He replied, "I will love,
Sustain, and protect you."

So I found thru my travels
There's no better place,
Than Him on the throne
And me on my face!

Giving In To The Flesh

Sin can be pleasurable. Anyone who tells you different is lying. The Bible even tells us that sin is pleasant for a while, but obeying God is so much more pleasant.
Hebrews 11:25- Choosing rather to suffer affliction with the people of God, than to enjoy the pleasures of sin for a season;
When our flesh goes after what it wants, there are always consequences. Some aren't seen until much later. Think about Jonathan, if you will. Where did his life end?
II Samuel 1:23- Saul and Jonathan were lovely and pleasant in their lives, and in their death they were not divided: they were swifter than eagles, they were stronger than lions.
How wonderful a eulogy from David. But, that is not where Jonathan should have been. His life was cut short because he decided to follow his flesh instead of God. Where was Jonathan suppose to be?
I Samuel 23:17- And he said unto him, Fear not: for the hand of Saul my father shall not find thee; and thou shalt be king over Israel, and I shall be next unto thee; and that also Saul my father knoweth.
Jonathan told David that he was suppose to be with him. Think of all the stories that the Bible could have had about the adventures of David and Jonathan! He was suppose to help David during his reign, but his life ended before David's reign even began. Why? Because Jonathan chose to stay with Saul- he chose his flesh.
Perhaps it was fear of what people would say about him. Or maybe, it was worry about how it would make his dad feel. It could have been that he saw how David would have to run and hide and he didn't want that kind of life. We don't know what the reason was, but we do know the consequences of his actions.
But it didn't end with him. His son, Mephibosheth, ended up lame when his family fled after the war. He never got to know his father. What a sad life because his dad decided what he wanted was more important than what God wanted.
Our decisions not only effect us. They effect those around us. We end up hurting the ones we delude ourselves that we are protecting when we put them ahead of what God tells us to do.
This is the price I pay --
Just for one riotous day --
Years of regret and of grief,
And sorrow without relief.
Suffer it I will, my friend,
Suffer it until the end,
Until the grave shall give relief.
Small was the thing I bought,
Small was the thing at best,
Small was the debt, I thought,
But, O God! -- the interest.
-Paul Lawrence Dunbar
In every situation in the Bible where people choose their flesh, God put an escape there for them. Someone to warn them. Something to distract them. And in every situation, they decided to ignore God.
I Corinthians 10:13- There hath no temptation taken you but such as is common to man: but God is faithful, who will not suffer you to be tempted above that ye are able; but will with the temptation also make a way to escape, that ye may be able to bear it.
God is the same yesterday, today, and forever. It's the same God that asked Abraham to leave his country. It's the same God that chose David as King over Israel. It's the same God that guided Paul on his missionary journeys. And it's the same God that wants to help you accomplish His will for your life. He's given you everything you need! You just have to deny your flesh and obey Him.
Posted by JCPennyT at 8:36 AM