Mark 16:6 KJV
And he saith unto them, Be not affrighted: Ye seek Jesus of Nazareth, which was crucified: he is risen; he is not here: behold the place where they laid him. 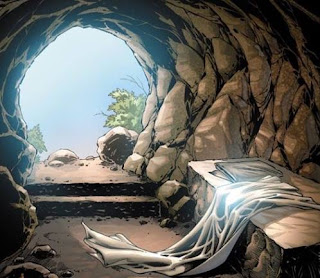 1 Thessalonians 4:16-18 KJV
For the Lord himself shall descend from heaven with a shout, with the voice of the archangel, and with the trump of God: and the dead in Christ shall rise first: Then we which are alive and remain shall be caught up together with them in the clouds, to meet the Lord in the air: and so shall we ever be with the Lord. Wherefore comfort one another with these words. 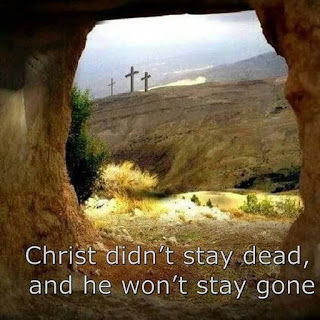 Had it not been for a tragic train wreck in 1876, Phillip Bliss may have gone on to become the greatest hymn writer in church history. Yet, living a short life of only thirty-eight years, he ranks right alongside Fanny Crosby and Charles Wesley for his great contributions to the cause of Christ.

He wrote such greats as Wonderful Words of Life, Almost Persuaded, Hold the Fort, Let the Lower Lights Be Burning, My Redeemer, I Gave My Life for Thee and It Is Well With My Soul. Phillip Bliss was born into a Methodist family in Pennsylvania. As a child he loved music, especially piano, but his poor family couldn’t afford to purchase one.

He received Christ as his Saviour in 1850 and joined the Baptist church at Cherry Flats, Pennsylvania.

During his teenage years he worked at various jobs to help pay for his schooling. In 1857 he met the famous hymn composer William Bradbury. Bradbury convinced him to give himself to God in full time service, so he decided to become a music teacher and began his studies.

He married Lucy Young in 1859. She also had a music background and assisted him greatly in his work. They even sang together at church services.

He continued his music studies and began teaching music by traveling house to house working with his pupils. In 1864 the Blisses moved to Chicago where he began turning out music regularly and making good money for it. In 1865 he went to work for the Chicago Music House. He assisted D.L. Moody in some Sunday evening services, but turned down an opportunity to travel with Moody to England.

In 1873, Moody sent Bliss a letter encouraging him to devote all of his time to evangelistic singing, and he gave it a try in March of 1874 at a friend’s revival service. As Bliss sang Almost Persuaded for an invitation, the Holy Spirit began moving and souls began coming to Christ. Afterwards he gave up all secular activity and became a song evangelist. He also worked with children at the meetings and sometimes preached.

He published a hymn book, entitled Gospel Songs, and he worked with Ira Sankey on Gospel Songs and Sacred Solos.

Phillip Bliss and his wife died in a train wreck on December 29, 1876, near Ashtabula, Ohio. A trestle collapsed under the train, sending it seventy-five feet into the icy waters. Phillip actually escaped, but then burned to death in an effort to save his wife.

-James L Melton
Posted by JCPennyT at 6:00 AM

It's hard having a teenager! You have to remind them constantly to brush their teeth, comb their hair, use soap and deodorant, put the clothes in the hamper, etc.
I say it so much that my little ones decided to get in on the action.
My seven year old now walks around the house saying he has "oderant" and it's called sweat.
Posted by JCPennyT at 6:00 AM

Unshackled from sin
Imprisoned to praise,
I'm sentenced to love Thee
For the rest of my days.
My heart has been bound
With Thy merciful cords.
My tongue has been loosed
For Thy love songs, oh Lord.
No bars, no chains
Are required on me,
For 'tis my greatest joy
To be fettered to Thee.

—Vicki Baird
Posted by JCPennyT at 6:00 AM

The Brainwashing of America (video sermon)

The Greatest Deal Ever Made

Everybody wants to get a good deal. It doesn't matter if you're buying something small or something extravagant, everyone wants to walk away feeling like they got a great buy.
But, not many people know about the greatest deal ever made!
A very long time ago, there were two Beings who made a secret deal. This deal was the most life altering deal ever.
Job 15:8 - Hast thou heard the secret of God? and dost thou restrain wisdom to thyself?
Yes, God has many secrets, and He has many mysteries.
This one secret deal, however, is the greatest of them all!
Let's get the setting.
God was about to create mankind. He knew that there was a possibility that man would rebel. The angels had probably already fallen, and they weren't going to let God win with another creation without trying to destroy it.
So, God made a deal amongst Himself. If this mankind were to rebel and sin, then there would come a time when God Himself would make a way to redeem them.
Folly, you say? Why would God make such a deal and keep it a secret?
1 Corinthians 2:7-8- But we speak the wisdom of God in a mystery, even the hidden wisdom, which God ordained before the world unto our glory: Which none of the princes of this world knew: for had they known it, they would not have crucified the Lord of glory.

The fallen angels would never have allowed God to win if they had known that His plan was to die.
The first half of the deal was that God would be manifested in the flesh. He would be born as a human and live among sinful mankind as one of them feeling their pain and suffering. He would understand hunger and betrayal. He would feel tired and despondent. He would be absolutely sinless while going through all the troubles and temptations of this life. And then He would die a horrible, shameful, public death.
Romand 14:9 - For to this end Christ both died, and rose, and revived, that he might be Lord both of the dead and living.
He knew from the moment He entered Mary's womb what the end of His time as a human being would be. His death would not only be the worst that man could create, but also the most that any fallen creature would be subjected to for their sin. He would go through the wrath of the Almighty God against every sin that had ever been and would ever be committed.
He would pay the price that was required for evil.
Why?
Psa 25:14 - The secret of the LORD is with them that fear him; and he will shew them his covenant.
Because His secret had a second half to the deal.
Once Christ paid the price for sin, He went back to Heaven to God and now the other side had to keep their end of the deal- whenever some sinner realized their wickedness would send their soul to hell and they understood that Christ died a death that satisfied the price for their wicked sins they could pray and acknowledge their sinful, wretched, hopeless condition and ask the God impute the payment that was already made for sin by Christ Jesus to their account. And, He would write their soul down as PAID IN FULL!
John 1:12 - But as many as received him, to them gave he power to become the sons of God, even to them that believe on his name:
We can get in on this secret deal. All we have to do is hear about it and ask to be able to get in on it.
Romans 16:25-26- Now to him that is of power to stablish you according to my gospel, and the preaching of Jesus Christ, according to the revelation of the mystery, which was kept secret since the world began, But now is made manifest, and by the scriptures of the prophets, according to the commandment of the everlasting God, made known to all nations for the obedience of faith:
The greatest deal ever made!
And, you have a chance to be part of this secret, exclusive covenant.
Psalm 91:1 - He that dwelleth in the secret place of the most High shall abide under the shadow of the Almighty.
How?
By invoking the third part of the secret deal that has been made public to the entire world- trusting in the shed blood of the Lord Jesus Christ as the only acceptable payment for your sins.
Romans 10:9 - That if thou shalt confess with thy mouth the Lord Jesus, and shalt believe in thine heart that God hath raised him from the dead, thou shalt be saved.
You thought this was a two way deal?
Nope!
It's actually open for anyone who wants to receive it. If you confess and believe you will be saved. There are no other stipulations. There is no further need for bartering or haggling. There is a blessed promise with a phenomenal assurance that you will stand before God with all your debts paid.
Now you get to make a choice.
Do you accept this deal? Or, do you try to find something you think is better?
Posted by JCPennyT at 6:00 AM