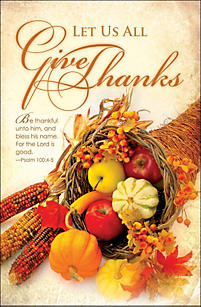 Mix all ingredients together in a container.

Take your favorite blend of lettuce (I live one with baby spinach and radicchio) and put it into a large bowl.
Add a half of a red onion, sliced into long pieces.
Drain the black olives and the banana peppers (I like to use whole olives and banana pepper rings). Leave them sitting in a colander while you mix up the dressing to ensure that the liquid drains completely out of them.
Throw in the cherry tomatoes and the Parmesan cheese.
Toss all ingredients together with the dressing.
If you want croutons, add them to your salad on your plate. If you put them into the salad they will get soggy! If you're going for gluten free then leave them out completely.
This salad keeps well for a few days in the fridge.
Posted by JCPennyT at 6:00 AM

After reading Pastor Bob Leib's first book, At His Feet, I was very excited to read his second book.
In his first book, Pastor Leib goes through the story of Ruth, a Gentile woman living in a Jewish world, and uses her life as an example of how the believer should be submissive to the Lord, and the blessings that come along with submission to His will.
His second book, The Golden Sceptre, goes through the only other book in the Holy Bible named after a lady- Esther, a Jewish woman living in a Gentile world. This book deals mainly with the Christian's life in Christ, and his journey through the world having a "different nature". There's a lot of history and prophecy expounded upon in it's pages.
But, that's just the tip of the iceberg.
This book has so many other devotional topics in it that you get an amazing study on some of the deeper things found in the Scriptures- such as Adoption, Eternal Security, The Kingdom of God and the Kingdom of Heaven, Salvation, the Rapture, and so much more!
Be prepared to be challenged, edified, and some times even amazed by the content contained in this book. Who would have ever though that such a short book of the Bible that doesn't even mention the name of God could have so much hidden within it's story! 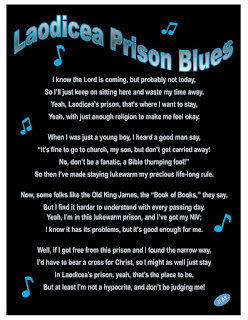 There's a Murderer in the Church (video sermon)

A church in the Bible is a group of people who have asked the Lord to save them. It is not a building. It is not a place. When the Lord says that He will build His church He is talking about saving the souls of people, not erecting a building.

There are some ways we should act, or behave ourselves, in the congregation of the Lord. Today, church etiquette has been forgotten. We aren't to be stumbling blocks to other Christians. Christ is the rock of offense, but Christians aren't suppose to be purposefully offensive to others.

But, some times there's a murderer in the church. There's something in our church that's killing off the Christian. And, it's not what you're thinking.

The first murderer is starvation. I Peter 2 says that newborn babes desire milk, and as new Christians we should desire the sincere "milk" of the Word of God. But, there's some churches that don't feed their members the Word. There's some pastors that have nothing but Spiritual babies that haven't been growing because they're being starved Spiritually.

The next murderer is strangulation. I John 2 says that there are some that aren't of us. They're the thorns that spring up in the church and strangle the Christians that are trying to grow in the Word. They cause strife, backbiting, bitterness, and destroy the work of the Lord in the hearts of God's people.

Another murderer is scandal. Pastors and church workers who get caught up in sin, and then go about trying to justify their sin. Now, church leaders aren't perfect. When they sin, they are suppose to go to the Lord and ask forgiveness. If they sin against another member in the church, they are to ask that members forgiveness! Scandals knock out some of the strongest Christians among us.

Simulation is another murderer in the church. People want to live in the fantasy world of Hollywood and video games and fictional characters in books. We live in a world where stores try to make you visualize what isn't there. Christians get sucked into desiring a counterfeit instead of working and living in the real world. We are to bring every imagination into captivity- keep them in check!

The world needs to see something real. Real love. Real forgiveness. A real reason to go on! Not a plastic Christianity.

There are many murderers in the church. More than have been named here. Are you keeping company with a murderer? Are you watching a murderer creep through your congregation? Have you been the victim of an attempted Spiritual murder?

What's Happened To The Next Generation?