There is a song I want to sing--
Or want to learn to sing;
It is a song of praise to Thee,
Jesus, my Lord and King.

Oh teach me all its varied notes,
Its hidden melody,
Till I have learned to sing by heart,
This song of praise to Thee.

I want to sing, while yet on earth,
The tender, thankful strain
Of saints, who gladly near Thy throne,
Make Thee their song's refrain.

For though I am not yet a saint,
And though my praises ring
From an encumbered earthly soul,
I love the strains to sing.

And well I love, I know I love,
Though truly not as they,
Thee, blessed Jesus whom I praise
Feebly on earth to--day;

While there's a song I want to sing--
Or want to learn to sing;
A blessed song of love to Thee,
Jesus, my Lord and King.

~ Elizabeth Prentiss
Posted by JCPennyT at 6:00 AM

My sister-in-law and I were talking about the upcoming Ladies' Fellowship that our church was having. There was a lot of little things that needed to get finished before the day arrived.
My husband had just found out that the event was for ladies and nursing babies only, and that the men were going to have to watch the other children.
So, as we were discussing little things, my husband asks, "What will you ladies be "shipping" about?"
My middle daughter was old enough to go to this fellowship meeting, and she turned from our conversation and responded to her father, "The fellows!"
Posted by JCPennyT at 6:00 AM 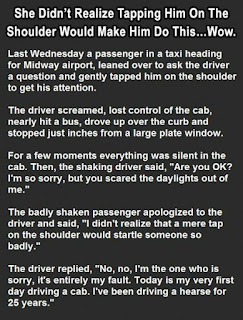 Preheat the oven to 350F. Lightly grease a 9x13 baking pan.
In the bowl of a stand mixer, cream together the butter and sugars. Add the eggs and vanilla and mix on high until light and fluffy, about 3 minutes.
Add the almond flour, baking powder, and salt. Mix to fully incorporate. Stir in the chocolate chips and pecans.
Pour the dough into the greased baking dish. Smooth into an even layer. Bake for 20-25 minutes, until golden. Allow to cool for 15 minutes before cutting.

-I got this recipe from Meaningful Eats, and it is the best gluten free blondies recipe ever! Follow the link to find more of her amazing recipes.
Posted by JCPennyT at 6:00 AM

Know God; Know Peace. No God; No Peace. A great truth in the Bible is that there is no peace without God.

Isaiah 26:3- Thou wilt keep him in perfect peace, whose mind is stayed on thee: because he trusteth in thee.

The Arabs and Muslims who trace their heritage back to Ishmael have no peace. Because God said it would be so. Genesis 16:12- And he will be a wild man; his hand will be against every man, and every man's hand against him; and he shall dwell in the presence of all his brethren.

But, the Christian is suppose to live peaceably. Romans 12:18- If it be possible, as much as lieth in you, live peaceably with all men.

So, how do we find peace in a world filled with rioting, fighting, hate, envy, backbiting, lying, etc?

Well, first Christ made possible peace between the Sinner and God. At the negotiating table, if you're saved, you and God both agreed that you were guilty. You both agreed that Christ was the only payment that could suffice the wages of sin. You find peace in salvation because Christ ensures the relationship.

Peace can be found in accepting our lot in life. God has decreed certain things for your life- who your parents are, where you were born, etc. There are certain things that we can't change. If we accept that God knows best, then we will find a peace in walking in the grace that God provides to us through the trial.

Everything you do- from the way you walk and talk to the shows that you watch and the music you listen to- have an effect on your life. Our lives will have times of sorrow as well as times of joy, but we can have peace through each. There may be disfunction in the world around you, but you can still have peace!

How? By reading the Scriptures! We know that in the last days perilous times shall come. We can see the list of end times signs coming true before our eyes. But, the promises that are found in the Bible helps us to have peace in spite of these things. We know it's coming, and we know how the book ends. So, we can peace by reminding ourselves of these precious truths.

If you live a wicked life, if you have wicked thoughts, if you harbor discontent in your heart, or get your focus in what's happening in the world then you will have no peace. It's only by putting your faith in the Lord Jesus Christ and walking in His ways and keeping the precious promises of Scripture in your sight that you will ever find peace in this present evil world!

Why Do We Have The Book of Job?